After 35 years of psychiatric practice, I celebrated my retirement by having a grand party in Denia, in Costa Blanca 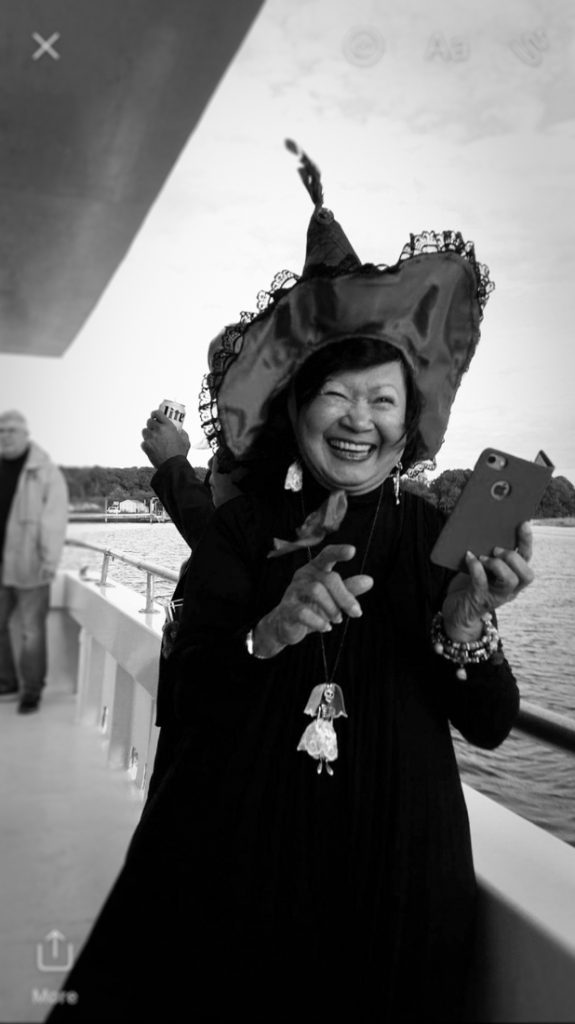 What a wonderful surprise to get this marketing email from Pueblo Ingles today, and I thoroughly enjoyed reading the newsletter and the stories of ex-alumni about their experience with the program that it moved me to write my story too.

In 2008 after 35 years of psychiatric practice, I celebrated my retirement by having a grand party in Denia, in Costa Blanca, in the Spanish Mediterranean coast. I rented a friend’s 6-bedroom villa in Monte Pego and twenty-five friends from Atlanta GA, USA and my brother Mike from Fresno, CA joined me in staggered schedules in September, and in October, when the last of my visitors left, I embarked on a solo journey crossing the Mediterranean in a ferry from Barcelona to Genoa and crisscrossing Italy by train to Milan, Bellagio, Venice, Verona, Florence, Rome, Naples, Pompeii, Sorrento, and Ischia. I then returned to Spain to join the Anglo volunteers in Madrid for the orientation to the Pueblo Ingles Program in La Alberca. That week in the program capped my grand party abroad and the friends I made still endure today, and their influence informed my subsequent travels and interests in retirement.

From Octavio, I learned about the Camino Santiago de Compostela, the ancient pilgrimage route in Northern Spain from France to Galicia. He was mapping out the route that he was taking and I got enamored with the idea of it, and four years later walking the Camino from St Jean Pied de Port to Santiago highlighted the celebration of my 70th birthday. From the Camino I discovered many linkages between Spain and the Philippines from the histories of the little towns on the route and the familiar names of people who sailed to Las Islas Filipinas when it was a colony of Spain for over 300 years. From this discovery, I became very interested in knowing how the colonial experience was in the various countries ruled by Spain in the Americas and Caribbean. My travels became a mission to know how people from these countries see their colonial past and whether it is still a force in the present. I realized quickly that this would require commitment and language proficiency in Spanish so I could do research. Towards this, I embarked on a month-long travel to Peru which included a 2-week home stay with a family in Cuzco while enrolled in an intensive Spanish language program. Subsequent trips to Ecuador and the Galapagos, to the Amazon, to Argentina, Colombia, Mexico, Cuba, Dominican Republic, Bahamas, allowed more in depth understanding of my subject. I became acquainted with Spanish authors Gabriel Garcia Marquez and Mario Vargas Llosa and would like very much to read them in Spanish, but sadly I lack the proficiency. And it has been sometime since I spoke Spanish with anyone that I’m afraid I have lost the rudimentary skill I possessed. So I am again reignited with fervor to continue acquiring proficiency in the language so I can continue with the exciting project I embarked on that was inspired by my participation in the Pueblo Ingles Program.