All the volunteers were told that each nationality had to get together, choose a song that represents their country, and perform it that night 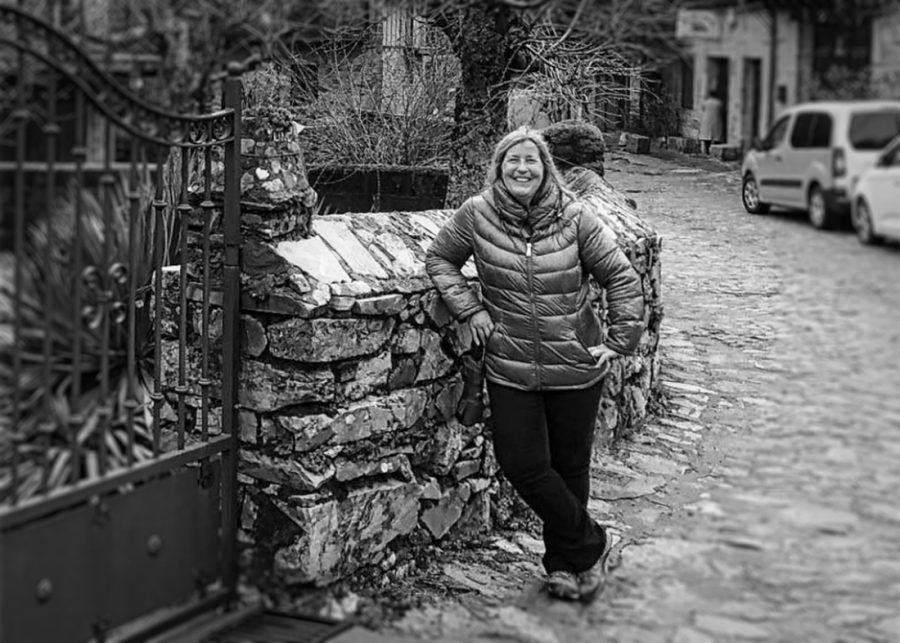 Pueblo Inglés is NOT for shy people!

All the volunteers were told that each nationality had to get together, choose a song that represents their country, and perform it that night. Carole (the only other Canadian here) and I looked at each other in total fear. Not only were we both uncomfortable with the idea, we only had an hour or two (in between other activities) to prepare.

We went to my villa to decide on a song. I suggested since I can’t sing whatsoever (Carole has a lovely voice by the way) I won’t get kudos on talent, at least we should try and pick something funny. We decided on our song, wrote out the lyrics, decided who should sing what part, and practised the song together about 10 times.

USA were called up first. There were six of them. They stood in line, did a funny bit at the start about not agreeing on a song, then they broke into Lean on Me. They did an excellent job. I looked at Carole and said “we’re in big trouble”. She agreed.

Next up was Australia. Four Aussies stood up and did a cute little song about vegamite. When it was over, they whipped out trays of crackers and vegamite and passed it around for all to try. Dammit! they had a clever hook. I looked over at Carole…”crap!”.

A sweet girl from Italy then came to the front of the room and sang Volare. Of course, everyone in the audience jumped in on the chorus and belted it out along with her.

Next, a man from England and two men from Wales, with assistance from Allan (the MC), sang Always Look on the Bright Side of Life, a Monty Python song that had the whole crowd smiling and clapping in unison.

Carole and I became increasingly worried that we were going to be a big giant flop. But hey, we’re among friends here. No matter what happens we know we tried, and the audience will be polite. We were called up, I nervously held my paper in front of us to read from, and we went for it – full on, loud and proud.

Once we got to the first chorus of the song, the crowd burst out in laughter. They laughed all the way through, and at the end of our song they gave us a big round of applause. The Americans looked at us with big smiles and thumbs up “You did amazing!”. Allan, after collecting himself from laughing, announced that we are definitely in first place! He told us we were “brilliant”.

For confidentiality reasons, video taping is not allowed during any Pueblo Inglés sessions, so sadly, I can’t share our performance with you. But in case you are wondering what song we chose to represent Canada, it was We Are the Beaver (you can look the original up on youtube).

So this was an afternoon in the life of a Pueblo Inglés volunteer. It can take you out of your comfort zone, but it’s so worth it. I can’t wait to go back.