We consider ourselves world citizens. Home is where we both are, anywhere in the world 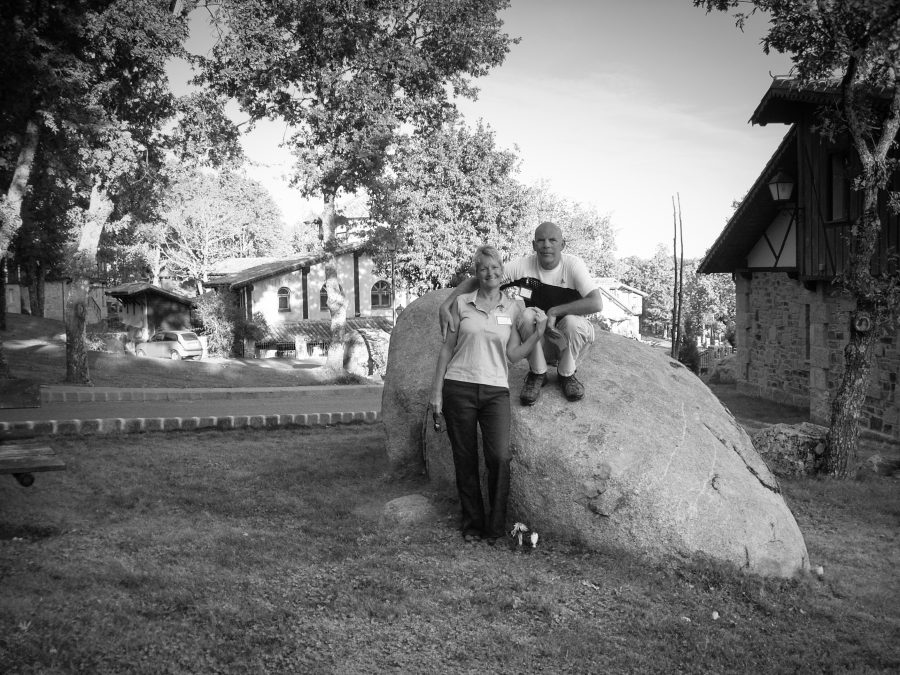 A day without laughter is a day lost. It’s a slogan Antoinette and I live by every day. One of the questions we have gotten each of the nine times we participated in a Pueblo Inglés program was, “Where are you from?” Well, originally from Holland, also known as the Netherlands, and we moved to Florida in 1983. Not only did we spend five of these years on Aruba, but also a total of fifteen summers working in Alaska. We consider ourselves world citizens. Home is where we both are, anywhere in the world. We enjoy meeting new people and starting new adventures, such as our first Pueblo Inglés program in Valdelavilla in 2007.

Our latest switch in careers has Antoinette working as a freelance certified translator and myself as an author of crime novels. That came as a big surprise to everybody, not in the least to my wife of over 40 years. Eric? An author? And yet, here I am with my latest novel, the fourth one, which is titled ‘Cast Off’ and it just got published at Amazon.com.

We both enjoy travelling, preferably by cruise ship, playing tennis, which at one time we actually did during the entire trans-Atlantic voyage on a full-sized tennis court onboard an NCL ship, and being outdoors in general. In 2017, we are invited back for yet another Pueblo Inglés program in the fall. This time in Germany again, with our friend Luke. The story about our meeting Luke Nightingale goes back to 2007 when we were signed up to go to a program in Cazorla. We followed the directions and found ourselves on board the bus with our new Anglo friends, whom we had met the previous day during the luncheon and flamingo meeting. We were set to meet our new Spanish friends, when Luke boarded the bus with the urgent question if we would be willing to change venues. Well, of course we would. Only problem was that we had brought clothes for hot weather in Cazorla and we found ourselves in the colder region of Valdelavilla.  End of this story: everybody was so nice, friendly and warm, we never noticed the change in climate.

As with many things we have undertaken in our lives, ‘let’s try this once’, the Pueblo Inglés program is one that we return to year after year, whenever we find an opening in our schedules, because we have become addicted to meeting these amazing people from all over the world.