I like my adventures to focus on the people, their culture, their cities and villages 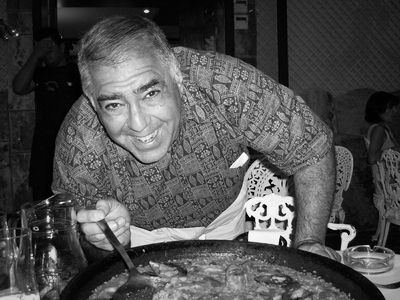 One day, just over a decade ago, my brother called to say he’d seen a story in the paper about a new program called Pueblo Ingles.  And, while he felt it wasn’t right for him, he thought it might well suit me.  So he sent me the story and I immediately applied, excited at the prospect.  Needless to say, I was accepted and began my first PI journey in 2006.  Five more have followed including one to the new Englischausen program.

I love travel, but my focus is not on tourist sites and museums, though I usually do take in a few. I like my adventures to focus on the people, their culture, their cities and villages, food, art, architecture, etc.  But mostly the people themselves. Since I had no real contacts in Spain, my visits there were just a few…until Pueblo Ingles!  Now, I try to arrange a stop in Spain whenever I travel to Europe. And I have met so many good people and learned about their lives, families, adventures, etc.

Diverbo/Pueblo Ingles has become a part of my life, even though it’s about 6,000 miles away from my home in California, and I hope it will remain so as long as I’m around!